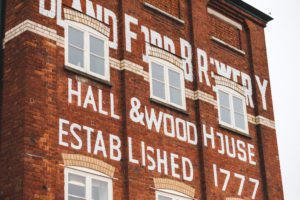 We love building new communities and we understand how important it is to get to know your neighbours. Our newest development, Brewery Place is just a short walk from the mighty Hall & Woodhouse Brewery. We spoke to their team to find out more about the history of the company.

“In 1777 Charles Hall, an entrepreneurial gentleman farmer, built his Brewery in the Dorset village of Ansty. Fortunately for him, Dorset farmers are hard-working — and thirsty — and business was good.

By 1793 the Napoleonic wars had begun, and the British government gave their troops a daily allowance of five pints of beer. Charles saw an opportunity and won the license to supply Wellington’s troops quartered in Weymouth.

60 years later, his son Robert (who inherited the brewery) brought Edward Woodhouse into the business as his commercial partner, a move he knew would propel the business forward.

What he did not foresee was Edward falling in love with Charles Hall’s grand-daughter, Hannah Dodge. Thus, when Edward and Hannah married Hall & Woodhouse was born.

Over time, rather than spend on fine living, the entrepreneurial Robert and Edward drove the family business forward by investing the majority of profits back into the company — buying pubs in which to sell their ‘Badger beers’.

Blandford Forum has been home to Hall & Woodhouse’s Brewery since the early 1900s. Following a significant investment, a Brewhouse was constructed on the original site in 2012 to ensure that Badger Beer will continue to be brewed in Dorset for at least the next 100 years.

Today, Hall & Woodhouse’s family of pubs is one of the finest in the country, with over 180 iconic public houses and inns (both traditional and contemporary) at the heart of their communities across the South of England.

Today, the business is stewarded by the seventh and eighth generation of the Hall & Woodhouse family and is a leading independent regional brewer with a beautiful collection of pubs.

Hall & Woodhouse continues to invest and innovate in beer and pubs, ensuring it remains a fiercely independent family company at the forefront of British brewing and hospitality.” 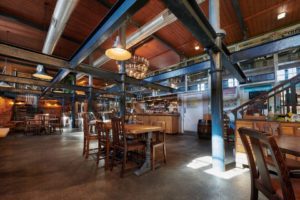 Living in Dorset means you will be perfectly placed to discover Badger Beers and all that Hall and Woodhouse has to offer. Not only will you be a walk away from the Brewery Tap, situated in the brewery grounds and offering award winning beers and delicious food, but also the charming brewery museum where you can see precious artefacts and treasures from our family’s history.

Badger beer is the golden thread running through the Hall and Woodhouse business. In fact, Hall and Woodhouse is so protective of its beer quality that Badger is only served in its own pubs. Lovers of Badger beer outside the South of England can find the award-winning bottled ales stocked in leading supermarkets and off-licences (nationally and internationally). You can also buy directly on the Badger shop online – www.badgerbeers.com/shop

Hall & Woodhouse has a collection of 180 beautiful pubs, stretching from Bristol to Exeter, London to Brighton. From chocolate box houses and breath-taking coastal views to the hustle and bustle of thriving town centres, Hall and Woodhouse has pubs in wonderfully different locations across the south.

So, when you move to Dorset you’re never far from one of them and we have put a list of all the places you can discover Badger beer.